Conference Room 220A is located on the second floor of the National & Global Marion Building.

This room is equipped with a single, flat panel television.

There are multiple sources that can be shown on the television screen:

The Logitech Pro C920 Webcam has a built-in microphone, and the TV has built-in speakers. Please adjust the webcam's microphone volume using the software volume controls on your laptop computer, and your speaker volume by using the TV remote control.

The user may plug the white USB cable into their laptop which will connect them to the webcam located atop the television, allowing for a wider view of the room for video conferencing. Mirroring a mobile device to the Display

Then, if using an Apple device, select the TV's HDMI1 input, and turn on the laptop's AirPlay and search for the Apple TV. When prompted, enter into the window on your device the four-digit session code appearing on the TV screen. You may select to mirror your device screen to the TV, or extend the desktop, which may be useful in Power Point's Presenter Mode. 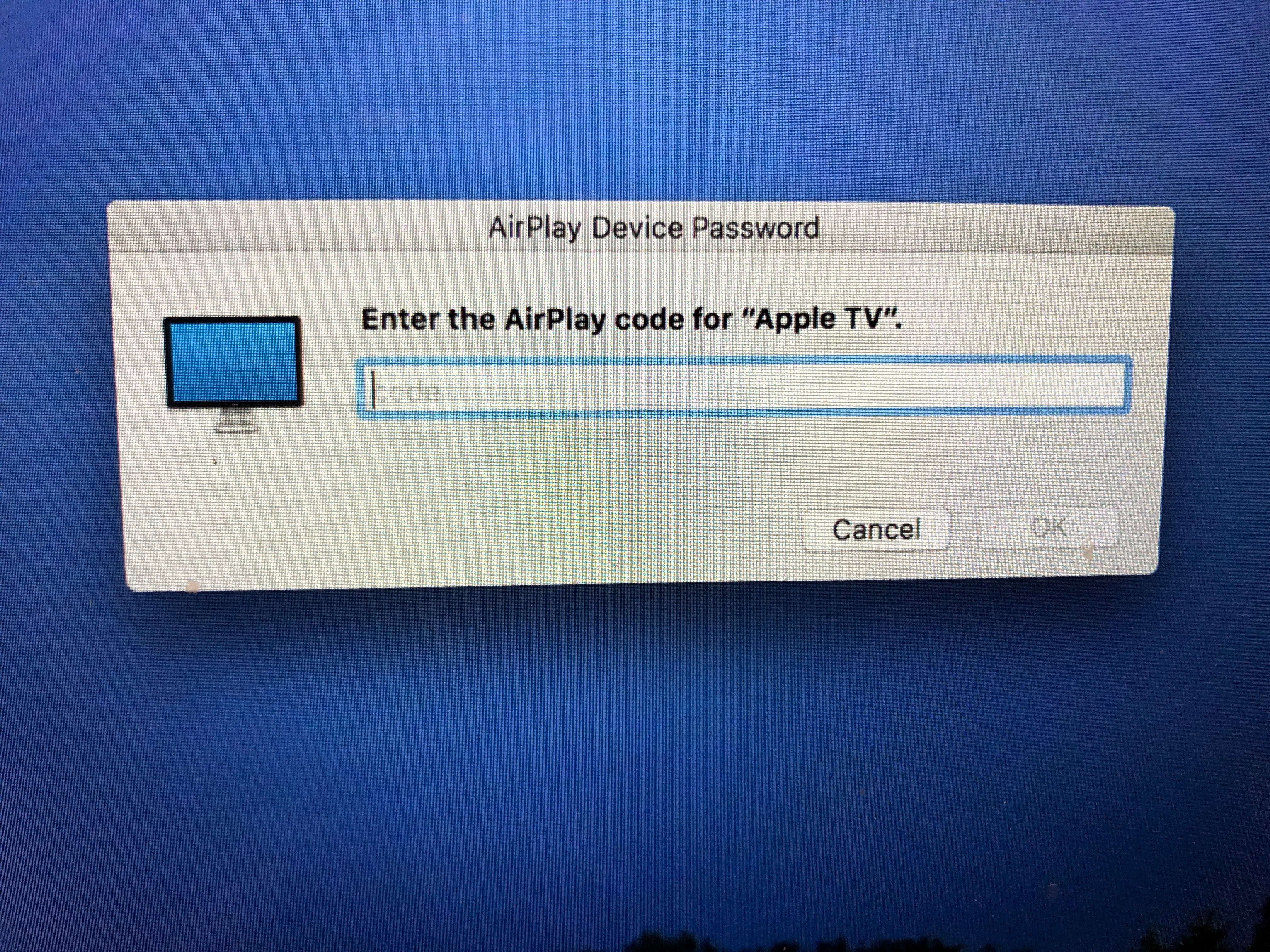 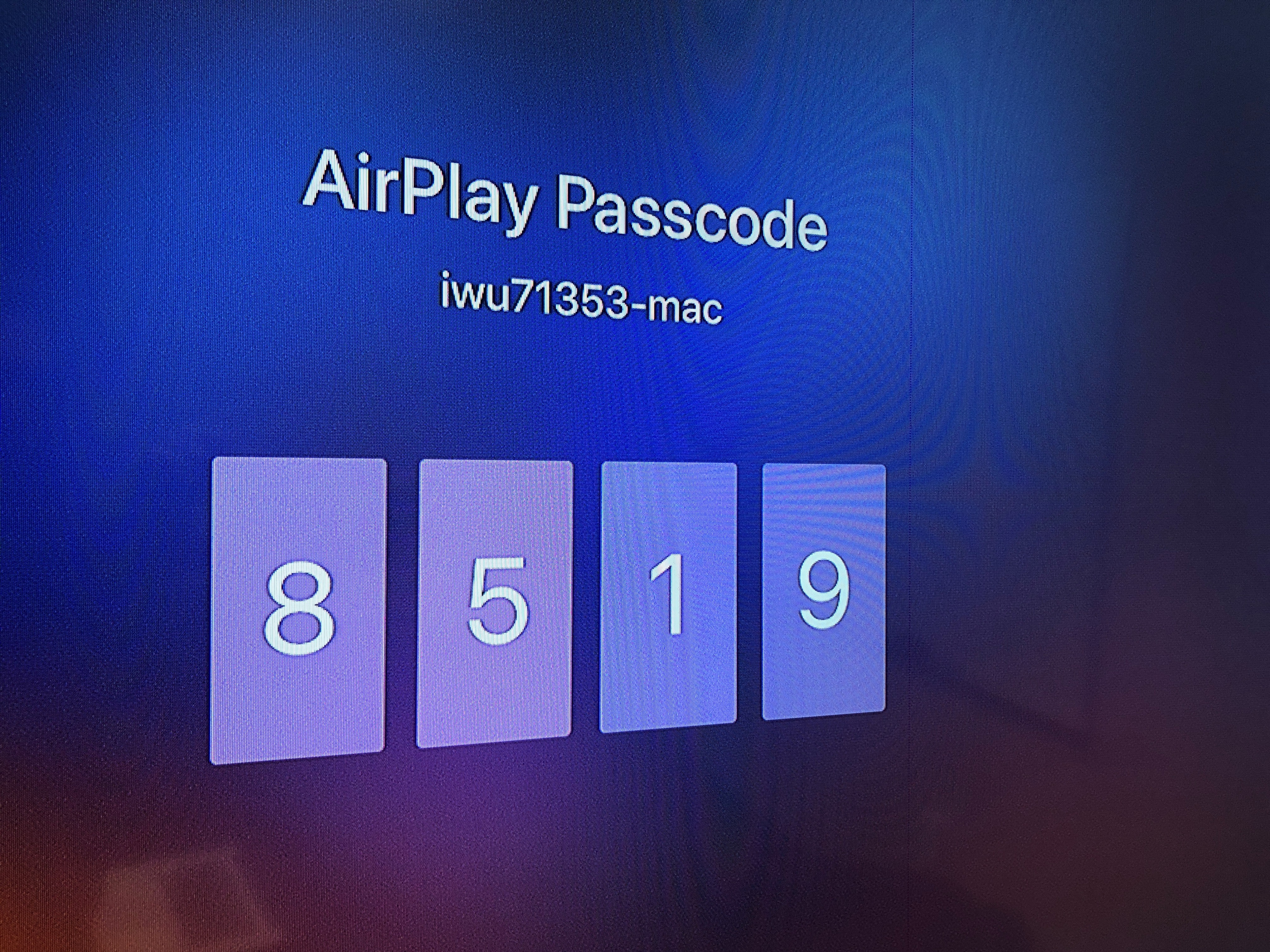 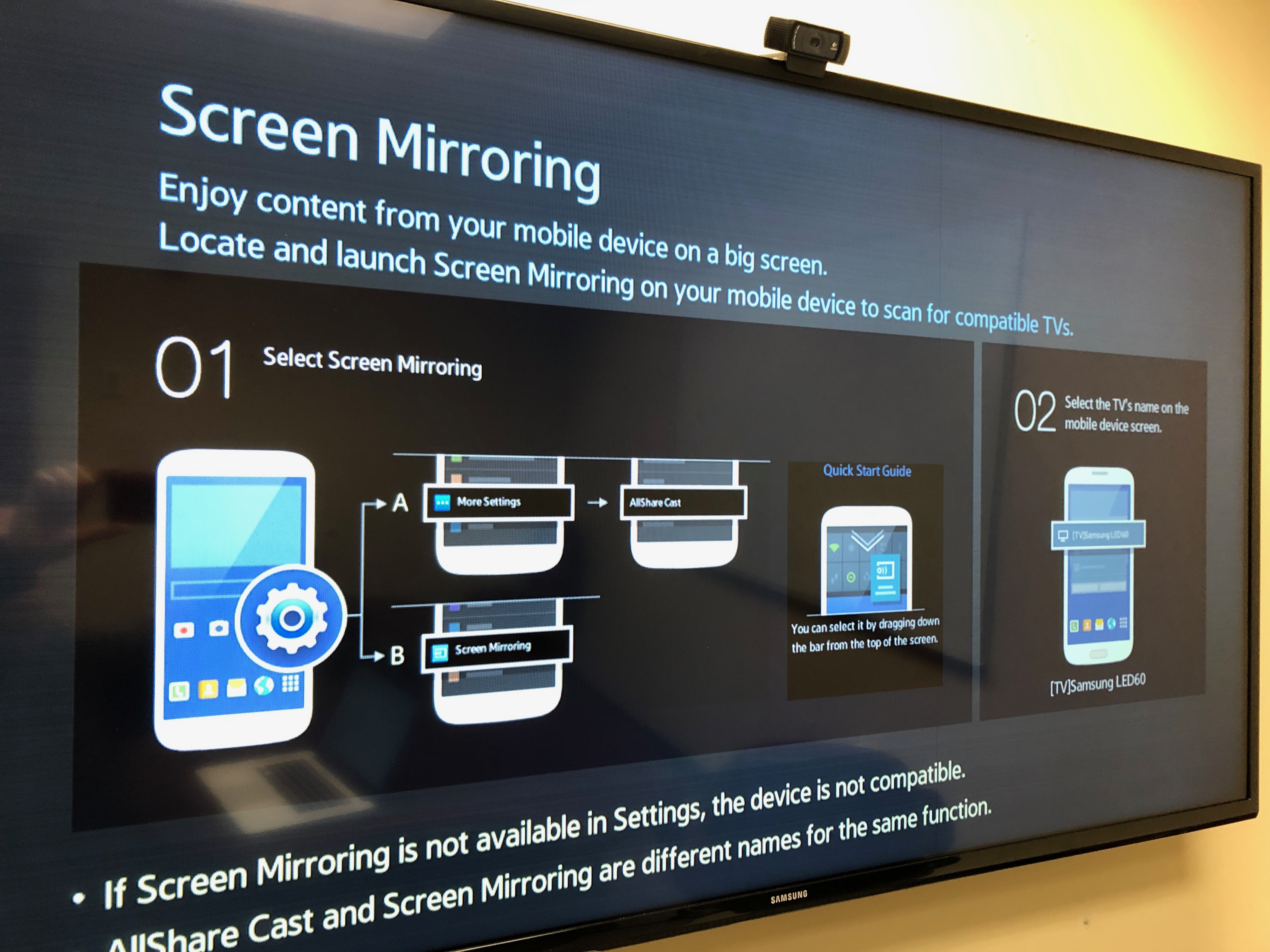